He also presented the government's response to the foiled scheme.

“Also the reports are pointing to the suspected involvement of sponsors, for the coup plot, from civilian collaborators who are both within and outside of the country. The investigations are seriously looking into this angle. “

7 soldiers have been arrested and at least two other people accused of playing a role in the coup bid are still at large.

“Consequently, in accordance with the laws of the Gambia and in line with international best practice, the Gambian government has constituted a joint investigation team to investigate the alleged coup plot”, Jeng added.

The panel will have 30 days to report back on the coup attempt that targeted president Adama Barrow’s government.

The 11-member inquiry group includes members from the justice ministry and military forces. 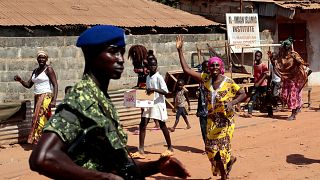 The Gambia sets up investigative panel to examine coup attempt 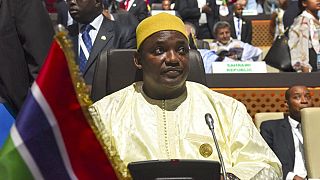 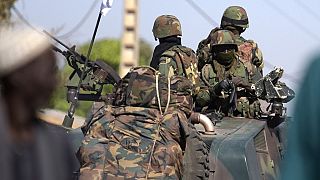 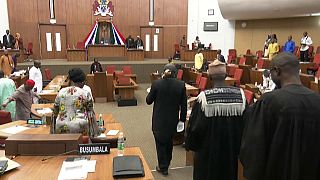 Infos: How Pelé scored his thousandth goal at Maracanã Stadium

A bomb exploded at a market in eastern Congo on Wednesday (Jan. 25), injuring at least a dozen people, authorities said.

An unknown person detonated a bomb inside a bag in North Kivu's Beni town, said Tharcisse Katembo, a local official.

“Damage was documented (and) at least 12 people were injured. They were injured in the lower limbs, others in their upper limbs and others were hit in the head,” he told reporters in Beni.

The victims were taken to the hospital and an investigation was underway, Katembo said.

No one claimed responsibility for the bomb. However, attacks by the Allied Democratic Forces, which is believed to be linked with the Islamic State extremist movement, have been increasing in North Kivu, according to the United Nations.

Earlier this month, at least 14 people were killed and dozens injured in an attack on a church in Kasindi town, which was claimed by Islamic State. It said in its Aamaq news outlet that it planted an explosive device inside the church and detonated it while people were praying.

Since April, attacks by the Allied Democratic Forces have killed at least 370 civilians, and the group has abducted several hundred more, including a significant number of children, the U.N. says.

The explosion Wednesday (Jan. 25) occurred in a local market next to a cassava mill, witnesses said.

Danny Syaghuswa, 16, said he was sitting on his motorcycle when a man in a striped shirt put a small bag behind a door, saying he would come back for it, according to an interview with local reporters heard by The Associated Press. “Less than five minutes after he left the bomb exploded,” Syaghuswa said.

Images of the attack circulating on chat groups show people lying on the floor. One woman in blood-stained clothes was carrying a small child.

Violence has wracked eastern Congo for decades as more than 120 armed groups and self-defense militias fight for land and power. Nearly 6 million people are internally displaced, and hundreds of thousands are facing extreme food insecurity, according to the United Nations. 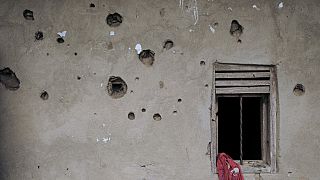 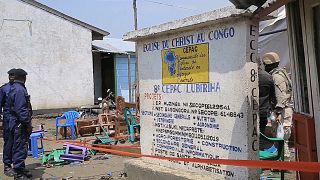 “The affordability of food is going to be a challenge particularly to the lower income household, especially with chicken which is one of the cheapest protein staples in the country,” AgriSA's chief economist, Kulani Siweya, said.

But the outages reached new extremes over the past 12 months.

“It wasn't a pretty sight to see how much money we lost due to the fact that Eskom is so unreliable,” Du Preez said on Monday at his farm in the North West province.

“The milk industry is also having challenges with processing their milk and the load shedding does impede on their cold storage facilities,” added Siweya of AgriSA.

In a Monday newsletter, president Cyril Ramaphosa said he was aware of the “farmers that are unable to keep their produce fresh” as a result of blackouts.

But he offered no promise of ending the scheduled cuts, anytime soon.

“We must be realistic about our challenges and about what it is going to take to fix them. While we all desperately want to, we cannot end load shedding overnight,” he wrote.

South Africa's record power cuts are causing shortages of some staples,and  threatening price rises that could make some popular items too expensive for poor families

In an exclusive interview with the Associated Press at the Vatican, just a week ahead of his scheduled trip to the Democratic Republic of Congo and South Sudan, Pope Francis denounced a “colonialist mentality” of the international community toward Africa.

“There is a historical, geographical reality. In Italian it is said 'Africa va fruttata', that is, Africa is meant to be exploited. And that is a kind of colonialist mentality that remains,” said Francis on Tuesday.

He pointed to a problem of attitude toward the African continent.

“That is a problem of our attitude and of not yet (having the) courage of total independence on their part.”

Earlier in January Francis had sent his condolences to the victims of a bombing on a Pentecostal church in eastern Democratic Republic of Congo.

Islamic militants claimed the attack, which killed at least 14 people and injured more than 60.

Francis is due to arrive in the capital of Congolese Kinshasa on Jan. 31 for a three-day visit.

When it was originally scheduled for July, the trip was supposed to include a stop in Goma, the capital of North Kivu province.

The Vatican scrapped that leg of the trip, amid a new wave of attacks in parts of North Kivu.

Violence has wracked eastern Congo for decades as more than 120 armed groups and self-defence militias fight for land and power.

“Africa is in turmoil” said Francis talking about the “internal wars” afflicting the continent.

“And is also suffering from the invasion of exploiters” he added.

In The AP Interview on Tuesday, Francis also addressed what he called a problem of “tribalism” in Africa.

“It was a scream from the whole stadium. They themselves feel that difficulty, it is a people that is consolidating itself more and more in freedom.”

Almost 6 million people are internally displaced and hundreds of thousands are facing extreme food insecurity, according to the United Nations.

While he won't be going to Goma, Francis will meet with some residents from the east and victims of the conflict in Kinshasa. 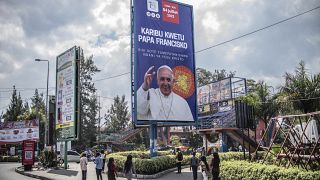 Amid conflict DR Congo gears up for papal visit